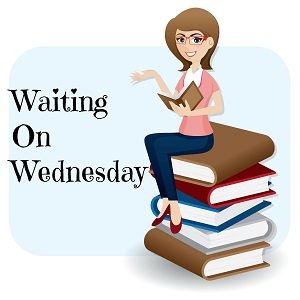 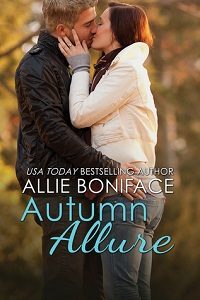 Time for this playboy to face the music. He just never dreamed it would be a lullaby…

Nate Hunter went to college for a business degree, but he prefers working as a bartender and enjoying his small-town, single life. Then a dying ex-girlfriend tracks him down to tell him he has a daughter he never knew existed.

Nate doesn’t know the first thing about being a father, but one look at Autumn and he’s a goner, so he agrees to take care of her until her aunt returns at Christmas.

When he asks no-nonsense librarian Maxine Abbott to move in with him and help take care of his daughter, she agrees – but only if he’ll pretend to be her boyfriend and get her mother off her back.

Their relationship of convenience works perfectly at first, until real feelings begin to chip away at their fake romance. Then Autumn’s aunt shows up early, and everything changes. Will Nate and Maxine’s budding love end in heartbreak before the last leaves fall?

I hadn’t read any of Allie Boniface’s books before I met her this summer at a conference, but after spending some time talking with her, I had to pick one up. I started with Winter’s Wonder, mainly because in the unrelenting triple-digit heat we’ve been having this year, some winter loving and stray dogs sounded just about right. It was charming, sweet, and made me want to read the rest of the series to see what else I’d been missing in Pine Point.

2 responses to “Waiting on Wednesday – Autumn Allure by Allie Boniface”