Posted January 9, 2019 by smutmatters in Waiting on Wednesday / 0 Comments 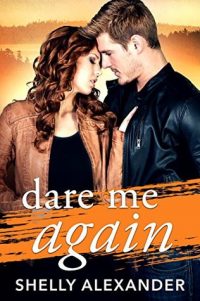 Hot-wired and restless, financial wizard Elliott Remington doesn’t turn down a dare. This time it’s to coordinate a service-dog boot camp for veterans at his family’s resort. Success means a one-way ticket to the West Coast to pursue his dream career. But it comes with a hitch: teaming up with his ex, who vanished on him ten years ago with nothing more than a kiss-off note.

As fiery as her hair and as stubborn as her name, Rebel Tate did what she had to do—for Elliott’s sake and her own. A dog whisperer with a keen sense of survival, she’s lived a tough life. Here she is, back in Angel Fire Falls, doing what she loves, next to a man she’s never forgotten. While the flame between them still smolders, neither is ready to get burned.

For Elliott, trusting Rebel is a gamble. For Rebel, sharing the secrets that sent her running is a risk. Now, while finishing a job that could define both their futures, two hearts are about to collide—and a second chance at true romance could be the greatest dare of all.

In the corporate world they say it’s just business, nothing personal.

Nova and Kessler are about to show just how personal things can get.

I love a good second-chance romance. And a service-dog boot camp? Done and one-clicked.

I GREW UP TRAVELING THE WORLD…

…earned a BBA in Marketing, and landed a corporate job in Dallas, TX before marriage lured me to Albuquerque, NM. After growing up with four older brothers and having three sons of my own, I decided to escape my male-dominated world for some ‘girl time’ by reading romance novels. While reading in the New Mexico sunshine on the banks of the Jemez River, I began to dream up love stories that I’d like to write myself some day.

The years passed with me helping to run the family business, volunteering for every field trip and school function imaginable, and incalculable loads of dirty laundry generated by my three active boys. When I survived invasive breast cancer, I decided it was now or never and bought my first laptop so I could start writing down my stories.

…while tending to two tiny toy poodles named Mozart and Midge (The Marvelous Mrs. Maisel). My stories feature strong, independent heroines and sexy heroes, and my plots are filled with real-life issues, unexpected twists, and hefty doses of humor. 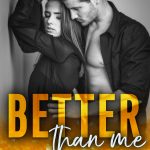 ARC Review – Better Than My by Kimberly Kincaid