Series: Out of Uniform 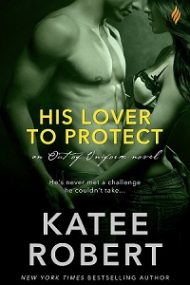 Alexis and Luke were characters I just couldn’t help but root for. They had to work so hard for their happily ever after, harder than most characters, and I was so happy when they got it. – Smut Matters Falling For His Best Friend (Entangled Brazen) by Katee Robert Series: Out of Uniform #3 Series Rating: Published by Brazen, Entangled, Macmillan on May 19th 2015 Genres: Contemporary, Romance Pages: 220 Format: eBook Goodreads AmazonBarnes & Noble Avery Yeung’s mother and sister were both twenty-eight when they were diagnosed with cancer. The actual cancer isn’t specified, but I assume it was cervical or ovarian. Her mother eventually died from the disease, while her sister, Alexis, had a complete hysterectomy and eventually recovered. Avery had a genetic test done and discovered she has the same gene that caused the cancer in both of them, so she’s decided that she’ll have a preventative hysterectomy herself when she’s twenty-eight or soon after. But before she does that, she wants to have a baby. Already twenty-seven, she doesn’t have much time, and there’s no man in her life. After considering all her options and […]