He’s the bad-boy biker. She’s the good girl working in her family’s Indian restaurant. On the surface, nothing about Trucker Carrigan and Pinky Grover’s instant, incendiary, attraction makes sense. But when they peel away the layers and the assumptions—and their clothes—everything falls into place. The need. The want. The light. The laughter. They have more in common than they ever could’ve guessed. Is it enough? They won’t know until they take a chance on each other—and on love.

Holy smokes! This novella was so good! How have I never read anything by Suleikha Snyder before? I don’t know how I’ve missed her up to now, but I plan to remedy that immediately. This was so good. So good.

Pinky Grover was very confused by her attraction to Trucker Carrigan. There was no reason for her attraction. Trucker was a member of the Eastville Eagles motorcycle club, and as far as I could tell, they embodied every stereotype of a Midwestern biker gang. They were dirty, unwashed, racist misogynists who ran drugs and guns through the small town of Eastville. Except Trucker, of course. He was beautiful and sensitive and kind. But he was still a member of the Eagles, which was why Pinky was confused. As a Punjabi woman in the middle of Indiana, the racist, misogynistic Eagles are the last people she should be anywhere near.

Trucker had his reasons for being part of the gang, but he couldn’t discuss them with Pinky or anyone else. But it meant he was reluctant to get involved with her, though after one taste of her, he realized it would never be enough.

Once these two got together, their only issue was how they were going to stay together. There was no waffling, no indecision. They wanted to be together, but the circumstances were going to make that difficult.

This was so good. I know I’ve already said it, but I can’t believe I’m just now finding this author. Even though this was a novella, she was able to convey more than a lot of authors can do in full novels. I was completely invested in both Pinky and Trucker immediately, both as individuals and as a couple. And I couldn’t figure out how they were going to be able to make their relationship work. Once the shit hit the fan with the Eagles, I couldn’t see any way out of it.

In fact, this is what kept me from giving this book a full five stars. The end was a little hand-wavey for me. There are some serious issues that are going to have to be addressed in order for Pinky and Trucker to make this relationship work, and they weren’t addressed. View Spoiler »So Trucker has been extricated from the Eagles, and given a brand new identity by the FBI. Great. He’s been assigned to the Chicago office, and now he and Pinky can make it work together, because their story is that she’s just a pretty bartender he happened to meet. No reason for the FBI or the remaining Eagles to think anything of it. Great. What about Pinky’s family? They’re very close. Is she supposed to never go home again? Is he just never going to go back to Eastville? He makes a joke about having more of her mom’s samosas, which would seem to imply he’s planning to be back in Eastville at the restaurant at some point. (It also could have just been a joke). « Hide Spoiler But that’s going to be a big deal eventually, even if it isn’t right away, and I was disappointed it wasn’t discussed.

Other than that, though, this novella was perfect. Both of our main characters were real – people who had strong ideas about what they wanted, even if they didn’t know exactly how to go about getting it, and people who screwed up sometimes. And the banter – oh, my, the banter. I love good banter, and it if this is an example of what I can expect from Suleikha Snyder, I cannot wait to devour her backlist. In short, go get this novella; you will not be sorry.

A second-generation Indian-American, Suleikha grew up in the heartland of America and in two cultures. From an early age, Suleikha was enraptured by books, film, and television…finding a place to belong amidst the crew of the Millennium Falcon and outside the glittering ballrooms of the ton, looking in. She soon began writing original stories as well as fan fiction—something she still does today—but detoured into entertainment journalism rather than pursuing creative writing as a career. After more than a decade in print media, and well after her humble beginnings scribbling 21 Jump Street fic, Suleikha is successfully living out her dream of being a romance writer. Her short stories and novellas are sexy, often LGBT-themed, and sometimes peppered with bits of Bengali or Hindi. Expect masala, masti, and maybe a little mayhem!

A passionate advocate for diversity and inclusivity in publishing, Suleikha is frequently ranting when she should really be adding to her body of work. She lives in Chicago, finding inspiration in Bollywood films, daytime and primetime soaps, and anything that involves chocolate or bacon. 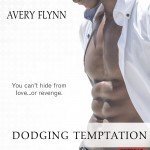 One response to “Review – Tikka Chance On Me by Suleikha Snyder”