My name is Salvador Rosas. Back in the barrio, my past is written on the walls: ESHB. Short for East Side Hollenbeck, my father’s gang—my gang. Hell, it’s a family tradition, one that sent both my brothers away. They used to call me “Ghost” because I haunted people’s dreams. Now I’ve got nothing going for me except a hipster gringo mentoring me in a new career. An ex-con making craft beer? No mames.

Still, people in this neighborhood look out for one another. That’s how I became Vanessa Velasco’s unwelcome tenant. Chiquita pero picosa. She’s little, but with curves so sweet they’re dangerous. I remember Vanessa from the old days, the straight-A student with big plans. Plans that were derailed by another kid stupid enough to think he was bulletproof. Now Vanessa knows better than to believe in empty promises. There’s fire in her . . . and if I touch her, I might get burned.

I’m trying everything I can to go straight. But when East Side Hollenbeck comes calling, I might have to risk it all to find out if there’s a future for Vanessa and me. Because she’s the only one who can quench my thirst for something real.

The Rosas brothers will return in Trashed!

Salvador Rosas is recently released from prison when we meet him here. He really wants out of the gang that led him to prison, but he also knows that it’s nearly impossible to escape. He’s laying low, biding his time, working 2 jobs to save up enough money to get an apartment for him and his brother to share when his brother is released from prison in a few months. The place he’s crashing suddenly falls through, and he finds a new place to stay with a woman named Chinita. And Chinita’s granddaughter, Vanessa, and Vanessa’s daughter.

That’s the basic setup, but this book is so much more than it sounds. When they were teenagers, Sal had a crush on Vanessa, but thought he wasn’t good enough for her. She was the good girl, the one everyone knew was going to graduate from high school, go on to college, and “make something” of herself. Sal, for his part, was in the gang even before he was actually in the gang, because his dad was one of the senior members. Vanessa shocked everyone when she fell in love with Sleepy, another member of Sal’s gang. By the time she was 18, Vanessa was pregnant, married, and widowed.

Now, Vanessa is completely focused on getting her accounting degree and raising her daughter. She has no interest in allowing Sal to live in their garage, no matter what her grandmother says, but he’s able to convince her to allow him to stay for 2 months while he saves the last of the money he needs. In return, he’ll pay a little bit of rent, clean out the garage, and do some basic maintenance around the house that needs to be done. Vanessa knows all too well that you can’t just walk away from the gang, and she doesn’t want her daughter exposed to any potential trouble.

It was heartbreaking to watch Sal try and try and try to just keep his head down and go about his life, all the while knowing that the hammer could fall at any moment. The gang knows he’s out of prison. He knows that they’re not going to just let him go, and they don’t. They find him, and all Sal can do is watch as the entire life he’s put together for himself is put into jeopardy.

As much as I loved Sal, I felt like I didn’t really get to know Vanessa very well. That’s one of the hazards of a book being completely in one POV. I always feel like I’m not getting the full story if we don’t hear from everyone, and this one was no different. For example, I loved watching her come around and develop feelings for Sal, but I don’t really know what the deciding factor was for her. I’m not sure what made her actually decide to take the leap.

But, boy, am I glad she did. These two were perfect together. They were so sweet to each other, and considerate of each other, and completely hot together. They genuinely make each other better people than they were before they got together, which is what the best romance couples do. I cried when they broke up, even though I knew it was absolutely the right thing to do. I didn’t know how they were going to get past everything that happened, and I didn’t know if they should. I don’t want to give too much away, and I don’t want to pretend for even one second that I know anything at all about gang culture, but I wasn’t sure I could see how they were going to get past everything they were going to have to deal with and find their way back to each other.

The brewery doesn’t have a lot of screen time in this book, but the difference it makes in Sal is remarkable. He never gave one thought to a future beyond his next shift, and Alan sees something in him that he never saw in himself and probably never would have. Sal realizing that there’s more to him than just an ex-con with no marketable skills was a delight to watch. I’m looking forward to seeing how this develops in future books.

I can’t recommend this book highly enough. One thing I will note – this is the first in the Eastside Brewery series, and while Sal and Vanessa’s story ends with the requisite HEA, there are threads that will be carried over into future books. Not every little thing is wrapped up, and there’s a nugget introduced at the very end that will be dealt with later. I wouldn’t necessarily call this book a cliffhanger, but I did want to point out that there will be some elements that will carry over.

Mia Hopkins writes lush romances starring fun, sexy characters who love to get down and dirty. She’s a sucker for working class heroes, brainy heroines and wisecracking best friends. She lives in Los Angeles with her roguish husband and waggish dog. 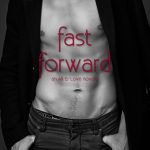