Taken by the CEO by Stefanie London
Series: The Scandalous Wentworths #1
Series Rating:

It was only supposed to be a little white lie. When Emmaline Greene pretends to be Sarah, the confident, sexy woman she wishes she could be, she figures no harm, no foul. Her one-night stand will never find out. Wrong. The gorgeous guy she slept with isn’t just amazing in bed…he’s also her new boss.
Parker Wentworth has a lot to prove. He’s just been appointed CEO of his family’s company and is tasked with repairing its scandalous reputation. He can’t afford any distractions or complications. Too bad the attractive blonde he takes to bed turns out to be both. So why can’t he forget the incredible night they spent together and move on?And why does he have this need to know the real Emmaline?

This was a really great start to a new series by Stefanie London. Apparently it was a spin-off from another book, but even though I haven’t read that one, I didn’t have any trouble with this one.

Emmaline is determined to recreate herself. She’s recently divorced from a controlling piece of shit and she refuses to allow his garbage to infect the rest of her life. So when she goes out for her first “make myself better” run and manages to lock her neighbor’s dog in her car, she invents an entirely new persona for her sexy rescuer. I don’t typically love books that involve deceit as a way to get the couple together, but really “My name is Sarah” isn’t exactly the worst lie I’ve ever read. It’s also dispatched pretty quickly, so it wasn’t that big a deal.

I loved Emmaline’s determination to make her own life on her own terms. For the entire span of her marriage, she did everything for her husband. She didn’t work, she stayed home, cooked his meals, cleaned his house, accompanied him to his every function, and generally playing the part of the perfect Stepford wife. She didn’t have any friends of her own, and all of the couple friends they had went his way in the divorce. She could have allowed herself to remain emotionally beaten down by her ex-husband, and it would have been completely understandable, but she didn’t.

Parker has his own demons to deal with. He’s recently returned to Australia to take over the role of CEO of the Wentworth Group from his recently-retired father, with whom he has his own issues. Those issues have caused him to develop a very small list of criteria for the women he dates – they can’t expect him to trust them, and she has to be content playing second fiddle to everyone and everything else in his life. He does recognize that this makes him sound like an asshole, so he mainly sticks to one-night stands in order to avoid “dealing with other people’s emotions”. Again, he sort of sounds like an asshole. And in a lot of ways, he kind of was an asshole, but not the alpha type of asshole that’s just a jerk for no reason. He really does think he’s taking a moral stand with a lot of his actions. He knows that Emmaline is determined to make it on her own, he knows that proving to herself that she can do it is the most important thing to her right now, he just goes about trying to help her do that the wrong way.

I also didn’t think he took her concerns about their relationship as seriously as he should have. He’s the CEO, she’s a new employee in the HR department who’s trying to win a higher position. Of course it would come back on her if their relationship was discovered. She tried to talk to him about it, especially when it became clear that at least one of her co-workers had figured out the relationship and gave her a hard time about it. There is no way that “our relationship is no one else’s business” is going to keep her reputation from being absolutely destroyed. Something like that, especially if she won the position she was trying to get, would follow her forever, while it rolled right off of him. Double especially because he was the judge with the final say on who won. But he refused to even acknowledge that it was an issue. Which, for him, it really wasn’t. His reputation wouldn’t suffer at all. Just hers, and I really wish he had taken her more seriously.

I believed in these two as a couple. I think they’re the kind of couple who will only grow closer and grow better the longer they’re together. They each have lessons to learn from the other, and they’re open to doing so. Their connection is immediate and palpable. Neither of them are looking for anything serious right now, which is, of course, exactly when they’re most likely to fall. This book set up the stories for Parker’s siblings, which I have to assume are coming at some point. I really hope so. They didn’t play huge roles in this book, but I liked what I saw of them, and the family dynamic will be fun to watch unfold.

Overall – this was another really great entry in Stefanie London’s book list. It was a quick read, perfect for a springy afternoon on my deck with a glass of wine and a dog in my lap. 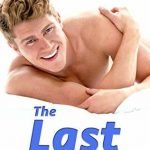