Posted May 9, 2016 by smutmatters in Historical, Reviews / 0 Comments USA Today bestselling author Beverly Jenkins returns with the first book in a breathtaking new series set in the Old West
Rhine Fontaine is building the successful life he's always dreamed of—one that depends upon him passing for White. But for the first time in years, he wishes he could step out from behind the façade. The reason: Eddy Carmichael, the young woman he rescued in the desert. Outspoken, defiant, and beautiful, Eddy tempts Rhine in ways that could cost him everything . . . and the price seems worth paying.
Eddy owes her life to Rhine, but she won't risk her heart for him. As soon as she's saved enough money from her cooking, she'll leave this Nevada town and move to California. No matter how handsome he is, no matter how fiery the heat between them, Rhine will never be hers. Giving in for just one night might quench this longing. Or it might ignite an affair as reckless and irresistible as it is forbidden . . .

I love when authors set up a book or a couple in such a way that I can’t see how they’re going to work it out. Rhine Fontaine and Eddy Carmichael were such a couple. Eddy Carmichael is a free black woman, Rhine Fontaine is a former slave, half-black, but light enough to pass for white. The American West in 1870 is not a time or a place that’s going to look kindly on that pairing. A white man could never marry a black woman, and Eddy had entirely too much respect for herself to settle for anything less than marriage.

Eddy had no plans to stay in Ft. Collins. She was planning to pass through on her way to California to open her own restaurant. She’d been working her way from town to town, hitching rides and staying in one place long enough to save up enough money to move on, but a few nasty incidents left her stranded, so she’s going to be there for longer than usual. Rhine and his business partner rescued her, and Rhine felt a connection with her immediately. Eddy felt a connection, but since she thought Rhine was white, she did her best to put it out of her head.

This book is a really slow burn. Really, really slow. That was probably the most frustrating aspect of this book for me. I don’t necessarily need straight up erotica, but I like a little more heat. Or any heat. In fact, I enjoyed this more as an historical novel than an historical romance. There was so much well-researched historical information here, a lot of and an entire cast of characters to get to know. I felt like Rhine and Eddy got lost in the shuffle a little bit. Because of their radically different social circles, they didn’t have a lot of chance to interact, and I would have liked to have seen more of it. I struggled to see the attraction between the two of them because of the lack of face-to-face time.

But even though I thought the relationship between Eddy and Rhine could have been fleshed out a little bit more, I loved Eddy and Rhine as individual characters. Eddy was resourceful, smart, and apparently an amazing cook. Even though she knew what her place in this world was, and what she was supposed to be, she never stopped fighting to make her world better. She tried to improve her own life, and the lives of those around her, whether that took the form of a really great meal to start their day, or setting up a fundraising auction for the local orphanage.

Rhine tried to make the world better, too. He was on the city council, and was one of the richest men in town. He used his position and his power to try to enact laws to improve the lives of the black people in town. His bar was the only one in the city that would allow blacks in, and he refused to change that regardless of the fact that it meant very few whites would ever enter. He was a complex character, knowing that he could enact more change by passing and working from the inside, while feeling uncomfortable and guilty about having to deny his heritage and his mother.

On paper, these two should not have worked. They did, though I thought it wrapped up a little too neatly. I was also surprised that they ended up staying in Fort Collins instead of heading to California. As you would imagine, the townspeople were not kind to them, and a fresh start in California would have made a lot of sense.

None of this should sound like I didn’t like this book. I did, just, as I mentioned, more of an historical novel, not as much a romance. I love Beverly Jenkins books, and that’s not going to change. 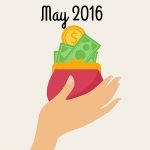 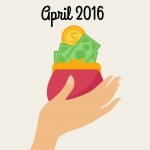