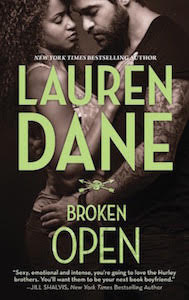 Beyond passion. And beyond their control…
Five years ago, Tuesday Eastwood's life collapsed and left her devastated. After an empty, nomadic existence, she's finally pieced her life back together in the small Oregon town of Hood River. Now Tuesday has everything sorted out. Just so long as men are kept for sex, and only sex…
Then she met him.
Musician and rancher Ezra Hurley isn't the man of Tuesday's dreams. He's a verboten fantasy—a man tortured by past addictions, whose dark charisma and long, lean body promise delicious carnality. But this craving goes far beyond chemistry. It's primal. It's insatiable. And it won't be satisfied until they're both consumed, body and soul…

Holy shit. That’s all I have after finishing this book. I knew that Ezra and Tuesday were going to be intense, but I had no idea. When I finished this one, I just sat on my couch for a while, not really able to get up and go back to my life.

First of all, can we just admire that cover for a while? This is the first time I can think of where the models on the cover seemed to perfectly capture the characters. I absolutely pictured those two throughout this entire book. And that beard! I’ve mentioned my love of beards before, and Ezra’s beard on this cover is indeed a fine, fine beard. The Tuesday model has gorgeous hair, exactly how I picture Tuesday, those tattoos on Ezra, the looks on their faces… This cover is truly gorgeous. I want that man on every book I read from now on. All of them.

“Are you insinuating I make you blush?” he asked in a low tone.

“Only when I have blood in my face to blush with. Right now it’s all south of my belly button.”

Once I worked my way past the cover and into the book, I was not disappointed. Tuesday and Ezra were both so eaten up by their own demons, there was no way they were going to make this easy on each other or themselves. The heat between them was apparent from the first moment they met in The Best Kind of Trouble, but it didn’t really kick in until this book, and I love a slow burn. I really loved watching this relationship unfold over two books. It certainly wasn’t a focal point of Trouble, but it got its start there and I could not wait to get to Ezra and Tuesday’s story.

What Lauren Dane does so well, at least what she’s done so well in these two books, since they’re the only ones of hers I’ve read (for now), is characters. Real, honest-to-god people that I can relate to and recognize as people in my own life. They talk to each other, they fight with each other, they’re honest with each other, and everyone treats everyone else like the adult that they are. Sometimes you read a book, and no matter how good the story is, one of the characters does something that pulls you right out of it. All you can do is roll your eyes because whatever that character just did is nothing an actual human person would do. At least not one above the age of fifteen. There’s none of that in these books. Ezra and Tuesday talk to each other. They admit when there’s something genuinely wrong and when they’re just getting caught up in their own heads. Whatever it is that’s going on, they work through it together. When either of them starts to get too up in their own heads, they have a stable and wonderful support group of friends and family who will always be there for them, but will not put up with their bullshit to do it. They both have a lot of baggage, and they would not be able to make it without that support. Being supportive doesn’t mean you do nothing but tell someone what they want to hear. Sometimes you tell them exactly what they need to hear, whether they want to hear it or not.

There wasn’t much external conflict for these two. No interfering exes or other love interests. I thought maybe they’d have to deal with some groupies or something, but since Lauren Dane did that quite successfully in The Best Kind of Trouble, so there was no need to do it again. These two didn’t need external conflict. They had enough going on internally. Tuesday is a widow, dealing with the very premature death of her husband, and Ezra is a few years out from a heroin addiction that not only wrecked his own life, but did a lot of damage to his family and his band. Tuesday has to come to grips with the fact that her feelings for Ezra, and the connection they have, seem to eclipse the feelings she had for her husband. She feels immense guilt over this, exacerbated by the hateful calls she continues to get from her late husband’s family. Ezra eventually starts to worry that his intense connection to Tuesday, his desire for her and his pull toward her, is another kind of addiction, one that he needs to prove to himself he can resist. There’s no big final blowout, just another discussion and realization that in order to move forward together, they needed to step back slightly and get their shit in order individually.

“You look like what sex would look like if it was a person instead of a word.”

This is such a sexy, sexy read. Not just the sex scenes, which are steamy and spicy and plentiful, but Tuesday and Ezra manage to set my paperback on fire just by standing in the same room. Maybe because of the damage they’ve both dealt with, there’s such a rawness to their interactions, a charge to them, an immediacy they have that I don’t know that I’ve ever seen in a romance novel before. I recommend this for everyone. Just… everyone. There’s no one I wouldn’t recommend this to. Up next – Vaughan and Kelly – I can’t wait to see if these two can find their way back to each other!