As a DC defense attorney, Stanton Shaw keeps his head cool, his questions sharp, and his arguments irrefutable. They don’t call him the Jury Charmer for nothing – with his southern drawl, disarming smile and captivating green eyes – he’s a hard man to say no to. Men want to be him and women want to be thoroughly cross examined by him.
Stanton’s a man with a plan. And for a while, life was going according to that plan.
Until the day he receives an invitation to the wedding of his high school sweetheart and mother of his beloved ten-year old daughter. Jenny is getting married — to someone who isn’t him.
That's definitely not part of the plan.***
Sofia Santos is a city raised, no-nonsense litigator who plans to become the most revered criminal defense attorney in the country. She doesn’t have time for relationships or distractions.
But when Stanton, her "friend with mind-blowing benefits" begs for help, she finds herself out of her element, out of her depth, and obviously out of her mind. Because she agrees to go with him – to The-Middle-Of-Nowhere, Mississippi – to do all she can to help Stanton win back the woman he loves.
Her head tells her she's crazy...and her heart says something else entirely.***
What happens when you mix a one stop-light town, two professional arguers, a homecoming queen, four big brothers, some Jimmy Dean sausage and a gun-toting Nana?
The Bourbon flows, passions rise and even the best laid plans get overruled by the desires of the heart.

This won’t be a very long review. I don’t have a lot to say about this book. For the record, I love Emma Chase’s books. She has this way of writing heroes who are complete assholes but you just can’t help but root for them. As infuriating as Drew Evans (from her Tangled Series) could be, you couldn’t help but root for him and Kate.

Not Stanton Shaw. He wasn’t even an asshole. Ok. He was an asshole. But what I couldn’t deal with was how dim-witted he was. He was an apparently good lawyer, so he had to have some smarts somewhere, but none of them were on display here. I suppose there could be some minor spoilers here, so beware if you haven’t read this one yet.

He and his high school girlfriend ended up being very young parents. Stanton was determined to do the right thing by Jenny, and take care of her and the baby. Jenny insisted he keep the scholarship he had already won and get his education so he could better take care of them. Her family was not thrilled with the situation, of course, but were as supportive as they could be and more than willing to have Jenny and the baby live with them while Stanton went to college and law school. So he did. He left their tiny little town and went to DC for college and law school, then settled there. Before he left, he and Jenny agreed to still be a couple, but not to hold each other to any promises of monogamy. So when the book picks up, ten years have passed. Ten years. Stanton makes it home about once a year to see Jenny and his daughter and the rest of his family, and spends the rest of his time fucking his way through DC. Everyone is happy.

Then he gets an invitation to Jenny’s wedding and freaks right out. He can’t believe that “his girl” would get married to anyone who wasn’t him. He drops everything to go back home and convince her that it’s bullshit and he’s the only one for her. Well, that’s not exactly true. He doesn’t drop everything. He doesn’t drop his current long-running fuck-buddy, Sofia. He really doesn’t drop her. He takes her with him. To his hometown. To help him convince Jenny to marry him. This whole part is where Stanton lost me. He genuinely can’t see why Sofia thinks it’s a bad idea for her to go to Mississippi with him. He’s been having sex with Sofia for about six months, they work together, and he can’t imagine any reason she shouldn’t go to Mississippi to convince another woman to marry him. Between the freak out over Jenny’s impending nuptials and this, I was pretty much done with Stanton.

And it was unfortunate because I really liked both Sofia and Jenny. But I lost a lot of respect for both of them, especially Sofia. Jenny had been in love with Stanton in high school, but she was smart enough to realize that it was currently a nostalgic kind of love she’d always have for her first love and the father of her daughter. Sofia, on the other hand, was really smart and kind, and generous, and beautiful, and still fell for this dim-witted goofball with only the one redeeming quality. (To quote John Oliver – “Fucking. I’m talking about fucking.”) Keep sleeping with him, sure, but to fall in love with this guy was beyond me.

Anyway, I’m moving on. I still love Emma Chase’s stuff, and I can’t wait to read the rest of this series.

By day, Emma Chase is a devoted wife and mother who resides in a small town in New Jersey. By night she is a keyboard crusader, toiling away the hours to bring her colorful characters and their endless antics to life. She has a long standing love/hate relationship with caffeine.

Emma is an avid reader. Before her children were born she was known to consume whole books in a single day. Writing has also always been a passion and with the 2013 release of her debut romantic comedy, Tangled, the ability to now call herself an author is nothing less than a dream come true. 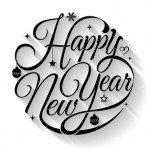