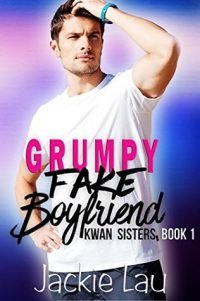 I'm a pretty simple guy. When I'm not writing a science fiction novel, I'm watching a good movie or reading a book. Alone. I like my reclusive life. That is, until my only friend asks for a favor—pretend to be his baby sister's boyfriend on a couples' getaway. Her ex is going to be there and she needs me as a buffer.

I should have said no, but Naomi is bubbly, energetic, and beautiful. She also means everything to her brother. But now, our fake romance is starting to feel all too real, and I find myself stuck between the promise I made to my friend and risking my heart to the one woman who might actually get me…

This was a quick, fun read from a new-to-me author that I’m definitely going to keep an eye on. I really like the fake boyfriend trope; throw in a grumpy guy who hates people and I was pretty much guaranteed to like it.

Naomi needs a date for a long holiday weekend. The weekend will be spent with a group of friends, all coupled off, including her ex-boyfriend and his new girlfriend. She really, really doesn’t want to go by herself. So she cons her older brother, Jeremy, into asking his best friend, Will, to go along as her fake boyfriend for the weekend. She’s had a crush on Will for . years, but Jeremy has no idea, so he manages to talk Will into it.

Will really, really doesn’t want to do this, but he lets Jeremy talk him into it. Will is a sci-fi writer with a social anxiety who has made most of his friends online and likes it that way. Spending a long holiday weekend with a bunch of strangers is his absolute worst case scenario, but Jeremy is a good friend, and he really likes Naomi, so he agrees.

Once they arrive at the lake, it. Is. On. Will hasn’t had a crush on Naomi like she has on him, but he’s attracted to her. So they do the smart thing and decide to spend the three days they have together having a one-weekend-only no-strings-attached fling.

Will is a little more fleshed out as a character than Naomi is, and I would have liked to get to know her better than we did. Her history is mainly relegated to “her ex-boyfriend is a dick”, but we don’t really get to know her very well.

But I really liked this. I really want to read the next one, which I presume will be about Naomi’s sister. If you haven’t read this book, you really need to. 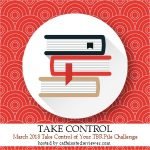