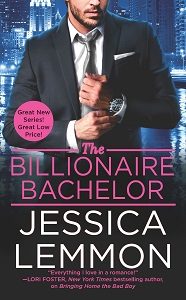 Manwhore. That’s what the board of directors—and the tabloids—thinks of billionaire bachelor Reese Crane. Ordinarily he couldn’t care less, but his playboy past is preventing the board from naming him CEO of Crane Hotels. Nothing—and no one—will keep him from his life’s legacy. They want a settled man to lead the company? Then that’s exactly what he’ll give them.

Merina Van Heusen will do anything to get her parents’ funky boutique hotel back—even marry cold-as- ice-but-sexy- as-hell Reese Crane. It’s a simple business contract—six months of marriage, absolute secrecy, and the Van Heusen is all hers again. But when sparks fly between them, their passion quickly moves from the boardroom to the bedroom. And soon Merina is living her worst nightmare: falling in love with her husband… 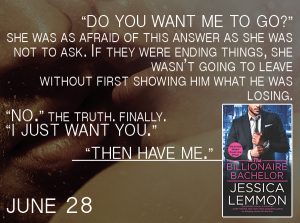 The Van Heusen Hotel was the love of Merina Van Heusen’s life. The historical building dominated the corner of Rush and East Chicago Avenue, regal and beautiful, a living work of art. Her parents’ hotel had once been the Bell Terrace, home away from home to

Her parents’ hotel had once been the Bell Terrace, home away from home to celebrities such as Audrey Hepburn, Sammy Davis Jr., and more recently, Lady Gaga and the late Robin Williams. The original structure perished in the Great Chicago Fire of 1871, only to be resurrected bigger, better, and more beautiful.

There was a life lesson in there.

Latte in hand, Merina breathed in the air in the lobby, a mix of vanilla and cinnamon. Faint but reminiscent of the famed dessert invented in the hotel’s kitchen: the snicker-doodle. On her way past Arnold, who stood checking a guest into the hotel, she snagged one of the fresh-baked cookies off a plate and winked at him.

The dark-skinned older man slid her a smile and winked back. Having practically grown up here, the VH was a second home to her. Arnold had started out as a bellman and had worked here for as long she could remember. He was as good as family.

She dumped her purse in her office and finished her cookie, holding on to the latte while she meandered down the hallways, checking to make sure there were no trays outside the doors that needed collecting. At the end of the corridor on the first floor, she saw a man outside one of the rooms, drill whirring away.

“Excuse me,” she called. Then had to call again to be heard over the sound. When she came into view, he paused the drilling and looked up at her.

He wore a tool belt and navy uniform, and the antique doorknob was sitting on the floor at his feet along with a small pile of sawdust.

“What are you doing?” she asked, bending to pick up the heavy brass. Her parents had done away with “real keys” the moment they took over, installing the popular keycard entry hotels now used, but the antique doorknobs remained.

“Installing the fingerprint entry.” From his pocket, the uniformed man pulled out a small silver pad with a black opening, then went back to drilling.

“No, no, no.” She placed the doorknob back on the ground and dusted her hand on her skirt. “We’re not doing any fingerprint entry.” She offered a patient smile. “You need to double-check your work order.”

He gave her a confused look. “Ma’am?” He was looking at Merina, but his voice was raised.

Merina’s mother, Jolie, appeared from behind the hotel room door, her eyebrows raising into hair that used to be the same honeyed shade of blond as Merina’s but now was more blond to hide the gray.

“Oh, Merina!” Her mother smiled, but her expression looked a little pained.

“Can you give me a minute with my daughter, Gary?” Like she was Gary’s mother, Jolie fished a five-dollar bill from her pocket and pressed it into his palm. “Go to the restaurant and have Sharon make you a caramel macchiato. You won’t be sorry.”

Gary frowned but took the cash. Merina shook her head as he walked away.

“Sweetheart.” Jolie offered another smile. A tight- lipped one meaning there was bad news. Like when Merina’s cat, Sherwood, had been hit by a car and Jolie had to break it to her. “Come in. Sit.” She popped open the door and Merina entered the guest room.

White duvets and molded woodwork, modern flat-screen televisions and artwork. Red, gold, and deep orange accents added to the richness of the palette and were meant to show that a fire may have taken down the original building but couldn’t keep it down.

Jolie gestured to the chair by the desk. Merina refused to sit.

On the end of a sigh that didn’t make Merina feel any better, her mother spoke.

“Several changes have been ordered for the Van Heusen in order to modernize it. Fingerprint entry is just one of them. Also, the elevators will be replaced.”

“Why?” Merina pictured the gold decorative doors with a Phoenix, the mythical bird that arose from the ashes of its predecessor, emblazoned on them. If there was a beating heart in the Van Heusen, it was that symbol. Her stomach turned.

Instead of answering, Jolie continued. “Then there’s the carpeting. The tapestry design won’t fit in with the new scheme. And probably the molding and ceiling medallions will all be replaced.” She sighed again. “It’s a new era.”

“When did you take to day-drinking?” Merina asked, only half kidding.

Her mother laughed, but it was brief and faded almost instantly. She touched Merina’s arm gently. “Sweetheart. We were going to tell you, but we wanted to make sure there really was no going back. I didn’t expect the lock- smith to arrive today.” Her eyes strayed to the door.

Merina’s patience fizzled. “Tell me what?”

“Your father and I sold the Van Heusen to Alexander Crane six months ago. At the time, he had no plans on making any changes at all, but now that he’s retiring, the hotel has fallen to his oldest son. Evidently, Reese had different ideas.”

At that pronouncement, Jolie’s normally sunny attitude clouded over. Merina knew the Cranes. The Crane Hotel was the biggest corporate hotel outfit in the city, the second biggest in the nation. Alexander (better known as “Big Crane”) and his sons ran it, local celebrities of sorts. She’d also read about Big Crane’s retirement and Reese’s likely ascension to CEO.

But none of that mattered. There was only one newly learned fact bouncing around in her brain. “You sold the Van Heusen?”

She needed that chair after all. She sank into it, mind blanking of everything except for one name: Reese Crane.

“You know we’d never include you in our financial difficulties, Merina.” Jolie clucked her tongue.

“Bankruptcy was not an option,” her mom said. “Plus, selling gave us the best of both worlds. No financial responsibility and we keep our jobs.”

“With Reese Crane as your boss!” Her mind spun after she said it aloud. My God. They would be answering to that arrogant, idiotic . . . “No.” Merina shook her head as she strode past her mother. “This is a mistake.”

And there had to be a way to undo it. 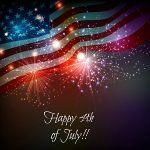