The first book in a brand new contemporary romance series from New York Times bestselling author Erin Nicholas about three geeky girls and the hunky guys who fall for them.

Kiera Connelly leads a quiet life, and that’s just how she likes it. She’s built a name as a graphic designer and meets up with her friends online, all from the comfort of her living room couch. But when a rare outing turns disastrous, Kiera finds herself up close and way too personal with an unbelievably hot real-life hero.

Zach Ashley doesn’t see himself as a hero. He’s just a regular guy who gets to help people every day as an EMT. But when he’s called to a scene and has to treat his most gorgeous patient ever, he finds himself mixing work with pleasure. He never hesitates to put his life on the line…but will he ever risk his heart? 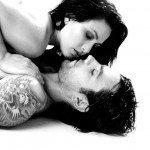 One response to “New Release – Completely Yours by Erin Nicholas”