I have been so excited for this movie. I was 11 when it came out, really way too young for it, but my parents never really minded what I read as long as I stayed quiet and out of their way. I read it when I was too young to do so, then read it over and over when I was in my late teens and early twenties. I couldn’t really tell you why it resonated with me so much, but something in that book struck a chord with me the way few books ever do.

Then came that mini-series in 1990. I was thrilled. I couldn’t wait to see my favorite story brought to life. To put it mildly, it wasn’t great. I’d always enjoyed the kids’ story more than that of the adults, usually reading through the adults as quickly as possible so I could get back to the summer of 1958. So even though this mini-series featured some of the bigger stars of the time – John Ritter, Richard Thomas, Harry Anderson, Annette O’Toole – I couldn’t have cared less. I thought their performances were pretty bad, and even watching it today, I think the same. It’s laughably bad. The kids’ performances were better, which I think is partly because we’re more forgiving of kid actors, and partly because they had the more interesting storyline. But overall, this miniseries was pretty awful, saved from being outright garbage because of the creepy performance of Tim Curry as Pennywise the Clown.

So even though I was thrilled to hear this movie was coming, I was nervous. Historically, the best adaptations of Stephen King’s work has been the adaptations based on his non-monster stories. Stand By Me, The Shawshank Redemption, Misery, Firestarter, even The Shining (sorry, Mr. King) – these are all phenomenal movies in their own right. But his monster adaptations tend to be… not great.

I got less nervous when I saw the trailer, and even less nervous when critics started saying it was pretty good. But, really nothing could have prepared me for how much I loved this movie. I’m sure nostalgia played a role in my feelings. But I don’t care. I really liked it. Instead of 1958, the children’s portion of this story is in 1988, which helped me identify with it even more. I wasn’t a child in 1958. I was in 1988 and 1989, and even though I didn’t grow up in a small town like Derry, I could still recognize every one of those kids.

Bill Skarsgard was great as Pennywise; his version darker and chattier than Time Curry’s. Skarsgard’s Pennywise seemed to relish the horror he was inflicting on these kids, preferring to toy with them rather than killing them outright. Even his makeup is darker and less happy clown than Curry’s. It fit with the aesthetic of this version of the story.

And can we just pause for a moment and reflect on the fact that Finn Wolfhard has been in 2 huge hits in his short career, both nostalgic throwbacks to the 80s. This poor kid, who is absolutely fantastic in both It and Stranger Things, probably just wants the chance to play a normal kid with Beat headphones and an iPhone instead of having to don weird knee socks and thick eyeglasses. Like Stranger Things, which this will undoubtedly be compared to, the kid actors in this movie are amazing. They’re obviously young enough that this movie won’t be very deep on their IMDB pages, but Unlike Stranger Things, none of them are brand new to acting. (Chosen Jacobs, who plays Mike Hanlon, who I knew I recognized but couldn’t place until I got home and looked it up, plays Chi McBride’s son in a guest role on Hawaii 5-0, and Wyatt Oleff, who plays Stanley Uris, has a guest role on Once Upon a Time).

I loved that the entire movie focused on the kids. As I mentioned earlier, that was my favorite part of the story anyway and I enjoyed seeing the whole story play out without breaks to go back to the adults’ story. It wasn’t perfect – I thought the end dragged a little more than it needed to, and could have used a little tightening up, but that’s a minor quibble. I was so happy with this version of the story, and I’m certain I’ll go see it again.

And never fear – there will be a follow-up that will focus on the adults’ story, but we probably won’t get it until 2019. 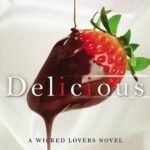