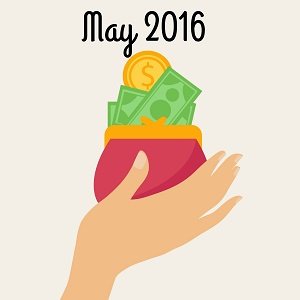 So with no further ado, here’s my book tracking for May:

I did pretty well this month. I was trying to limit the spending some, and I did. However, all I really did, I think was to put the books I would have bought into a wish list to buy them later. But, for May, I did pretty well.

The Earl Takes All by Lorraine Heath$8.51

None. I know, right??? I pre-ordered a few things that won’t count until they actually release, but that’s it. I didn’t actually buy anything. I think that was helped by the May Clean Sweep Challenge I was taking part in, since I was trying to read more ARCs and fewer new books.