Cleo Coyle's bestselling Coffeehouse Mysteries are amateur sleuth murder mysteries, which feature a cast of quirky characters who work at the Village Blend, a landmark coffeehouse located in the picturesque, historic distrcit of New York's Greenwich Village. Because Cleo's books are also culinary mysteries, each includes the added bonus of recipes for many of the foods and drinks mentioned in the stories...

To be clear, these aren’t actually published in volumes. But there are about 15 of them so far, and they’ve been coming out for over a decade, so I’m reviewing them in batches. This is the first 3 – On What Grounds, Through the Grinder, and Latte Trouble.

After listening to these three books, my overwhelming thought is that Clare Cosi needs to get her shit together. One of my least favorite character traits (both fictional and in life) is women who silently seethe. Something is happening that they are genuinely pissed off about, and they have this whole internal monologue about how angry they are, how wrong what’s happening is, and how much they just want the situation to end, then outwardly they smile sweetly and say, “Okay. This is all great!” And while it’s true that sometimes we have no choice, and every situation can’t go the way we want it, there are some situations where you can and should speak up and be heard. Be loud. That’s my problem with Clare. She sits there inwardly seething about things she should be outwardly seething about, and in the process lets everyone walk all over her.

Her ex-husband and his mother are prime examples. The initial conceit of this series is that Clare used to manage a Greenwich Village coffee house called The Village Blend, which was owned by her mother-in-law. When Clare and her ex, Mateo, divorced, Clare left the Blend and moved to New Jersey to raise their daughter, Joy, who is constantly referred to by both parents as “my pride named Joy”. The ex-mother-in-law has called and begged Clare to come back and manage the Blend again. Clare has accepted because she genuinely likes her ex-mother-in-law, she loved managing the Blend, and the contract comes with the rent-free duplex above the Blend. All sounds great. What Madame (and I’m not even going to get started on the ludicrousness of calling your mother-in-law and boss “Madame”) didn’t tell her is that she also told Mateo, her son and Clare’s ex-husband, that he could live in the duplex. Isn’t that hilarious!! Forcing your ex-daughter-in-law to live with your son because you think they should get back together. Never mind what Clare wants, which based on her constant seething inner monologues, is not to reunite with Mateo.

Clare is pissed, as she should be. But instead of telling Mateo to get out when he surprises her one night, since she had no idea he’d be living there, instead of marching over to Madame’s and telling her off for writing this bullshit into her contract, she seethes and gets angry and then says “FINE! Then just stay here!” and stomps off. Then endures at least 3 books of Mateo’s condescension, game-playing, pitying “aren’t you just so basic” attitude, and belittling. All while inwardly seething. Look, if she wanted to get back together with Mat, fine. Do it. Be happy. But she doesn’t. She took this job because their daughter went to college, so she’s finally on her own. She wants to date, she wants to make new friends and do new things, and the whole time Mat is there glowering at her, putting her down, and making her feel like shit. And she just puts up with it. Yes, they share a daughter. But she’s off at college, she’s not a child. She’s not going to be living with either of them. They’re not staying or getting together for her.

And Clare’s relationship with Joy is borderline abusive. I really hope Joy gets her backbone from her father because she’s going to need it. In book 1, Joy is at college, so 19-20. By the end of book 3 she’s 21. Clare just cannot let her make her own decisions. Yes, she’s worried about her daughter. She always will be. That doesn’t mean she gets to treat Joy as though she’s 12. When she found out that Joy was going to try online dating, Clare actually set up a profile on the same site so she could date the same guys and make sure she approved. When Joy tried speed dating, she did the same thing. Went to the speed dating session so she could talk to the same men as Joy and pre-approve them. I can’t believe she’s actually letting Joy live on campus instead of forcing her to live in the same house with her. At one point, she considers calling the police because she’s called Joy 5 times and left messages and Joy hasn’t called her back. Never mind that Joy was out surfing with friends, which Clare well knew. And the last time I checked, surfing is not an activity that allows you to bring your phone with you. If she doesn’t watch it, and if Joy is more her father’s daughter than her mother’s, she’s going to lose Joy for a very long time.

I know I sound like I hate this series and Clare, but I don’t really. She’s extremely frustrating, and I just want to shake her and tell her to say what she’s thinking more often and to stand her ground, but I don’t hate her. I really just needed to get that stuff out because it does affect my opinion of the books. Clare manages to find someone to date in the second book, and that seems to give her a little more confidence in the telling-off-Mateo department. There’s also a cop she seems like she could be interested in, but he’s married, and as unhappy as that marriage may be, Clare rightly wants no part of it.

There’s a lot of coffee talk. A. Lot. Clare knows a ton about coffee, and she wants us all to know that as well. I don’t mind these info-dumps as much in the early parts of cozy mysteries, but if it’s still this strong 15 books later, I might have more of a problem with it. The mysteries are well-crafted and fun to figure out. They make sense, but they’re not so obvious I have them figured out 2 chapters in. Cleo Coyle has a habit of starting each book with a prologue from the killer’s perspective, which is always really awkward. It necessitates whole pages with sentences like “The killer watched her walk into the building.” and “The stalker was drinking a latte.” It will be interesting to see how Clare is still getting involved in murders and mysteries fifteen books in, though. That’s the basic problem with cozies. They’re fun to read, but you have to really suspend your disbelief in order to buy that this one woman is managing to be involved with 15 or more murders. I’m going to keep going with them and hope that Clare gets her Mateo shit straightened out. She needs to either get back together with him, understanding that he hasn’t changed and still sees extramarital sex as the same sort of extreme sport as bungee-jumping, or she needs to tell him to back off and leave her and her life alone.

Cleo Coyle is the pen name for author Alice Alfonsi, who collaborates with her husband Marc Cerasini to write the Coffeehouse Mysteries for Berkley Prime Crime, a division of Penguin Books. This series of cozy mysteries is set in and around a fictional coffeehouse in the Greenwich Village neighborhood of New York City.

Audiobook Review – Agatha Raisin and the Quiche of Death 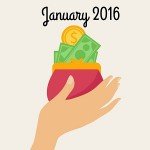 2 responses to “The Coffeehouse Mysteries by Cleo Coyle – Volume 1”