When a beautiful, aspiring writer strides into the East Village bookstore where Joe Goldberg works, he does what anyone would do: he Googles the name on her credit card.
There is only one Guinevere Beck in New York City. She has a public Facebook account and Tweets incessantly, telling Joe everything he needs to know: she is simply Beck to her friends, she went to Brown University, she lives on Bank Street, and she’ll be at a bar in Brooklyn tonight—the perfect place for a “chance” meeting.
As Joe invisibly and obsessively takes control of Beck’s life, he orchestrates a series of events to ensure Beck finds herself in his waiting arms. Moving from stalker to boyfriend, Joe transforms himself into Beck’s perfect man, all while quietly removing the obstacles that stand in their way—even if it means murder.

I don’t even know where to start with this book. I can’t remember the last time I read, well, listened to, a book that had literal chills running up and down my spine. I couldn’t even listen to it at work, because I kept getting so wrapped up in this story that I’d find myself sitting still listening instead of actually working.

Joe Goldberg appears to be an average twenty-something living in New York. He works in an independent bookshop, where he passes his days watching the books in the rare books cage and making judgey  Rob-Gordon-esque comments about his customers. Until Guinevere Beck comes into the store. As soon as Joe sees her, he wants her. And thanks to Beck paying for her books with a credit card instead of cash and her propensity for posting her entire life on social media, he’s able to find her and begin stalking her.

I see when you open your wallet that you have enough cash for your books, but you pay with a credit card because you want me to know your name.

Joe is a full-blown stalker. He’s violent, misogynistic, and so, so good at blending in, that you have no idea he’s coming. Even as I was in his head, even as he was speaking directly to me via the second person narration of the book, spewing his poison, I found myself almost hoping that he would get his shit together and snap out of it. Caroline Kepnes is that good. Joe Goldberg is almost charming. I got sucked into his world, his worldview, only to be jolted out when his particular brand of twisted logic would rear its head again.

You was a fascinating look at how much information we give out about our daily lives every day. Joe is able to keep his claws in Beck, ‘accidentally’ running into her, connecting with her friends and people she knows, insinuating himself into their lives as well, all based on what he finds on her social media and by being able to get her emails. It’s terrifying, really.

I don’t want to say too much about this book because I think it’s really better experienced with no spoilers or hints about what’s coming. I will say this, though. If you can, do yourself a favor and get it on audio. Santino Fontana is absolutely riveting. I don’t think I’ve listened to anything by him before, but he’s so good I will seek him out. He inhabited Joe in a way that would have me looking over my shoulder if I knew him in real life. His performance was chilling. This was a perfect match of story and narrator, and having Joe literally inside my head through my earbuds made the experience of this book so much richer than I think it would have been reading it. Bottom line – if you like thrillers/mysteries at all, you would be doing yourself a huge favor to pick this one up.

Before she wrote novels, Caroline worked as a pop culture reporter. While at Entertainment Weekly, she described the Sopranos bus tour is great detail, analyzed Carrie Bradshaw’s decisions in Sex & the City and watched the first season of 24 in 24 hours. Yes, that was intense.

She also wrote dozens of short stories. And you can find a lot of them online.

Caroline started writing when she was a child because she needed to track the action in her doll house. There was this secret room upstairs, sometimes a ghost, sometimes a murderer on the run, sometimes a Glamour Gal Hollywood actress with no morals, sometimes a gun-toting GI Joe. 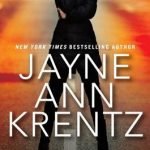 2 responses to “Audiobook Review – You by Caroline Kepnes”