Anna Fox lives alone—a recluse in her New York City home, unable to venture outside. She spends her day drinking wine (maybe too much), watching old movies, recalling happier times . . . and spying on her neighbors.

Then the Russells move into the house across the way: a father, a mother, their teenage son. The perfect family. But when Anna, gazing out her window one night, sees something she shouldn’t, her world begins to crumble—and its shocking secrets are laid bare.

What is real? What is imagined? Who is in danger? Who is in control? In this diabolically gripping thriller, no one—and nothing—is what it seems.

This book was infuriating. It’s my own fault, really. I should have known what I was getting into.

The Woman in the Window is another entry in the current wave of novels featuring unreliable female narrators who can’t be trusted. Not only can they not be trusted to tell the truth, but they can’t even be trusted to know what they see and hear.

Dr. Anna Fox has been agoraphobic for almost a year. She’s on a dozen different medications that she chases with at least three bottles of merlot a day. Every single one of these pills is marked Do Not Mix With Alcohol, but that’s ok. She swears up and down to everyone who asks that she’s not taking them with alcohol, but no one believes her. And they shouldn’t, because she’s full of crap.

Anna spends her days alone, spending a large part of her time sitting next to her windows where she watches her neighbors. She uses her Nikon to zoom in on various scenes that she sees, but she doesn’t actually take any photos. When she’s not sitting at her window watching her neighbors, she’s in a chatroom for agoraphobics. Since she used to work as either a psychologist or psychiatrist, they turn to her for advice. This goes on for hours. I don’t know how many pages it was, but it was hours of the audiobook. Just… Anna sitting around watching her neighbors have affairs, and come and go to work, drinking her merlot, and taking her pills. Sometimes she forgets to take them. Sometimes she forgets that she has taken them and she doubles her doses. Then she gets on her laptop and gives agoraphobics advice on how to function in the world. Hours of this.

I was a little bored, but hoped it would eventually pick up when we got to the actual crime that Anna witnesses. However, when we finally get to the meat of the story, I went from being bored to just being mad. Then resigned. Then mad again.

She reports the crime she sees to the police, a pair of detectives, one man, one woman. Instantly, and with no provocation whatsoever, the female detective is hostile to Anna. Immediately. Anna has barely even managed to finish a sentence, and this woman is calling her a liar, rolling her eyes, and threatening to arrest her for falsely reporting a crime. And she never changed.

To be fair, Anna didn’t help herself. The female detective was completely ridiculous, but as time goes on, it becomes clear that no one else believes Anna either. And each time there’s a reason for the police to be at her house, she ends up standing there screeching about what she saw, slurping down multiple glasses of wine, surrounded by pill bottles. And there are a lot of reasons for them to be at her house. She calls them when she gets strange emails, and when she wakes up sure someone has been in her house in the middle of the night, even though there’s no evidence of it. Once she manages to follow one of her neighbors to a local coffee shop and confront her, wearing nothing but a soaking wet bathrobe. She does everything possible to ensure everyone thinks she’s crazy, then gets upset when they do.

The reveal was predictable, with the bad guy giving a standard speech about how they did what they did and why and how much more brilliant than everyone else they are. The conclusion to the story was disappointing, as well. The male detective made a generic “Guess you weren’t crazy after all” comment and mentioned that the female detective owed Anna an apology, but we never saw that happen.

The writing wasn’t bad, the narration was fine, I think. Honestly, I was so over this book that I found myself constantly turning up the narration speed until she sounded like she’d just sucked on a helium balloon, so I can’t judge the whole thing. But I was enjoying the narration in the beginning. It was just another unoriginal take on a tired trope, and I’m just done with it. 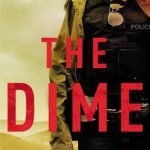