Welcome to Nocturne Falls, the town that celebrates Halloween 365 days a year.
Jayne Frost is a lot of things. Winter elf, Jack Frost’s daughter, Santa Claus’s niece, heir to the Winter Throne and now…private investigator. Sort of.
Needing someone he can trust, her father sends her undercover to Nocturne Falls to find out why employees at the Santa’s Workshop toy store are going missing.
Doing that requires getting to know the town, which leads to interesting encounters with a sexy vampire, an old flame, and an elevator that’s strictly off-limits. The more Jayne finds out, the more questions she has, but the answers lead her deeper into danger.
Will her magic save her? Or will she come up cold?

This book was a fun surprise. I thought it would be a little more Christmasy; the main character is an elf who lives at the North Pole, after all, but it was a pretty standard cozy mystery. Other than Jayne being an elf and Nocturne Falls being a town where they celebrate Halloween every day, there wasn’t anything holiday-specific.

This is apparently a spin-off from Kristen Painter’s Nocturne Falls paranormal romance series, but I wasn’t lost or confused at all despite not having read Nocturne Falls.

So – Jayne Frost has a lot of titles. She’s a Winter elf, the daughter of Jack Frost, niece to Santa Claus, and the heir to the Winter throne. She’s sent to Nocturne Falls to investigate the disappearance of several employees from their flagship toy store. Apparently the employees just… go. One day they’re happily stocking toys in the toy store, the next they’re gone. The disappearances have been happening over the course of a few years, spread out enough so that they’re just coming to light now.

The mystery was well-crafted, making full use of the fun setting Kristen Painter created. Nocturne Falls is the rare city where supernatural creatures can live as themselves, no disguises or cover stories needed. Tourists to the all-Halloween-all-the-time town just think they’re always in character. In fact, there’s a rotating schedule of supernaturals who take turns being “on duty” to take pictures with tourists to help keep up the ruse.

Even though this is the first in the Jayne Frost series, the characters were three-dimensional and well-rounded. Even the secondary characters. This could be due to some of them appearing in the Nocturne Falls series, but since I haven’t read it, I don’t know that for sure. I love that Kristen Painter trusts her readers, building her world effectively without info dumps or “as you know, Bob” conversations.

There’s a small love-triangle story that isn’t wrapped up by the end, and a few strings that weren’t quite tied up. I don’t think they’re continued on in the next books, they were just left dangling. The main baddie is caught and captured, and there’s mention of an accomplice being caught, too, but no explanation as to the accomplice’s actual role or motivation. There are also threads that will clearly be continued, but I felt like that one in particular was just sort of forgotten about.

The narration was good. Hollis McCarthy was my favorite kind of narrator; able to differentiate between characters without “doing voices”. Everyone had their own sound, and her voice was pleasant to listen to. I’ll definitely be getting the next book in this fun series on audio. Cozy mysteries just seem to lend themselves nicely to this format, and I look forward to seeing what Jayne gets up to next!

A little about me: I’m a USA Today Best Selling author (thank you, readers!), but before I started writing, I held a crazy mix of other jobs including college English teacher, maitre’d for Wolfgang Puck, personal trainer, and salesperson for Christian Dior Bijoux (their jewelry line).

My forays into writing have been as varied as the jobs I’ve held. I’ve written poetry, articles for magazines, short stories, paranormal romance (my current genre of choice along with cozy mystery),  fantasy romance, contemporary romance, steampunk romance, and urban fantasy. Since writing two urban fantasy series, I’ve now returned to paranormal romance with the Nocturne Falls series. I love being able to write these funny, snarky, sweet books that are filled with great supernatural characters and lots of cats! I’ve gotten to stay in Nocturne Falls for my cozy mystery series, the Jayne Frost mysteries. And I still have several urban fantasy series I’d like to write. I just need to find the time! 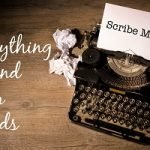