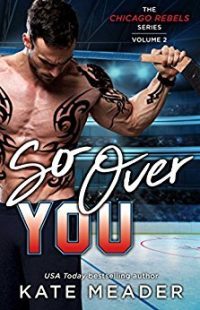 Three estranged sisters struggle to sustain their late father’s failing hockey franchise in Kate Meader’s sizzling Chicago Rebels series. In this second entry, middle sister Isobel is at a crossroads in her personal and professional lives. But both are about to get a significant boost with the addition of a domineering Russian powerhouse to the Rebels....

Isobel Chase knows hockey. She played NCAA, won Olympic silver, and made it thirty-seven minutes into the new National Women’s Hockey League before an injury sidelined her dreams. Those who can’t, coach, and a position as a skating consultant to her late father’s hockey franchise, the Chicago Rebels, seems like a perfect fit. Until she’s assigned her first job: the man who skated into her heart as a teen and relieved her of her pesky virginity. These days, left-winger Vadim Petrov is known as the Czar of Pleasure, a magnet for puck bunnies and the tabloids alike. But back then... let’s just say his inability to sink the puck left Isobel frustratingly scoreless.

Vadim has a first name that means “ruler,” and it doesn’t stop at his birth certificate. He dominates on the ice, the practice rink, and in the backseat of a limo. But a knee injury has produced a bad year, and bad years in the NHL don’t go unrewarded. His penance? To be traded to a troubled team where his personal coach is Isobel Chase, the woman who drove him wild years ago when they were hormonal teens. But apparently the feeling was not entirely mutual.

That Vadim might have failed to give Isobel the pleasure that was her right is intolerable, and he plans to make it up to her—one bone-melting orgasm at a time. After all, no player can perfect his game without a helluva lot of practice...

I was rolling along with this book, not quite enjoying it as much as I had the first book in the series, Irresistible You, but still enjoying it, when we got toward the end, and Vadim did something to Isobel that I don’t think I’m over yet. Frankly, the fact that he could do it at all, and the fact that Isobel was ok with it, and everyone else in Isobel’s life ended up telling her that he was in the right and she needed to get over it and just let it go, really pissed me off.

Seriously – romance characters. Just stop going behind each other’s backs and pulling bullshit shenanigans because it’s for the other’s “own good”. Seriously. Just fucking stop it. These are fully grown, fully functional adults. Just because you don’t like a decision they’ve made or something they’re going to do, that doesn’t give you the right to go behind their backs and make a unilateral decision that is in no way any of your goddamn business. Yes, the decision Isobel had made was bone-headed. She wasn’t right. But neither was Vadim, and I have absolutely no confidence that he realizes it and wouldn’t do it again if the same situation presented itself again. Or a similar situation. That specific one was pretty once-in-a-lifetime. Which makes it worse. I think Isobel would have figured it out eventually and changed her mind, but Vadim had to go behind her back and sabotage it from the beginning, so she never had the chance.

And then. And then!!! Isobel was the one who ended up groveling, trying to soothe poor Vadim’s fragile ego so he could quit pouting on the ice and possibly help his team win the game that would gOt them into the playoffs. The playoffs that the Rebels absolutely have to get into in order for the team to stay with the three sisters and not be sold off to an unnamed conglomerate that’s waiting in the wings to buy it. (Vadim didn’t actually know about this stipulation, but if your team has to win this game to get into the playoffs, you leave your personal shit at home and make it happen.)

Grr. The ending of this book ruined it for me. I like a good second-chance romance, and these two definitely deserved that second chance. Isobel’s asshole dad ruined it the first time (of course he did) and Isobel and Vadim were pretty needed a second chance more than most couples. Even if they’d only gotten one night together so that Vadim could correct what he considered a pretty grievous wrong he’d done to Isobel during their first and only time together. Which was also Isobel’s first time all together.

Although, this bugged me, too. Isobel’s big secret was that the first time she had sex, which was with Vadim, it wasn’t very good, and she didn’t get off. Well, no shit. Vadim was a 19-year-old kid who hadn’t had many more partners than she had, and it was her first time. I’m sure there are women out there who got off their first time having sex. I wasn’t one of them, and I don’t know any of them, but I’m sure they exist. But the fact that you didn’t get off the first time you have sex shouldn’t be a huge secret. Vadim, of course, took it as a challenge to prove his virility now, and wouldn’t rest until Isobel gave him another chance to prove that his penis is Thor’s hammer.

I liked getting to know the three sisters more in this book. It seems like Kate Meader, while focusing on a different sister in each book, won’t ignore the other two. I loved getting glimpses of Harper and Remy from Irresistible You, and I absolutely loved that it was clear that the end of their book wasn’t the end of Harper having to deal with shit from the media and the general public about a team owner dating a player. There’s no way one happy “Look how great they are” article would be the end of the crap she’d have to put up with, and I was so happy to see that Kate Meader didn’t intend to make it seem like it was.

And, oh, Violet. I assume she’s next, and wow. I cannot wait for her story. I think she and her hockey player are going to burn up my Kindle and I’m very much looking forward to that. I don’t know if Dante and Cade are going to get their own book or not, but I really hope so. This is the Chicago Rebels series, after all, not the Chase sisters series, so they might.

Bottom line – if you’re determined to read everything Kate Meader writes, and I can’t blame you if you are, this book will fill that space. But you could also skip it and be ok. Isobel and Vadim just weren’t a great couple. 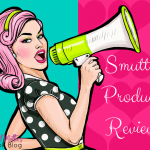